Is Your Leadership Any Good? Five Ways You Can Be Certain

Written by amckinnis in category  Business 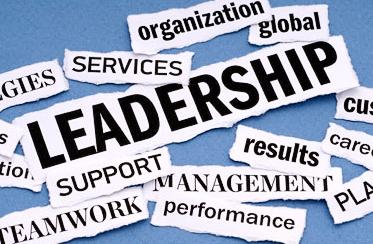 If you Google “Great Leadership” you will get over more results than you can filter through – I actually find that fascinating. So much knowledge to be had at our fingertips and so many people writing about the topic of Leadership, yet we complain about the lack of leadership (within our companies, communities, government) on a daily basis. How can we have all these ideas and opinions about what makes a great leader, yet perceive a serious lack of it?

I decided to do a little research on the subject, just enough to get a feel for the overall thoughts of what makes a great leaders and why we believe there aren’t any out there. In my own completely unscientific approach, I read the top 10 search results for two search phrases: (1) Lack of Leadership and (2) Great Leadership. The following is a summary of what I found – click on the terms above to see what I saw – it’s a fascinating view of our world.

Just because someone has a title, a corner office, or millions (billions) of dollars, does not necessarily make them a great leader. Here are 5 themes I picked up from reading about poor leadership.

1. Loving the title, not the team: As I read several articles about bad leadership, one theme that kept coming back (in various phrases and words) was the concept that many people in leadership positions start to love “how other people perceive them” (i.e. suckups or strangers), more than how their team perceives them.

2. Managing UP: An area of great concern, to those being lead, is whether a leader is more concerned with their own career or how they look to the organization, than individuals within the team. If your leader is more concerned with making a show of what “they’ve done” rather than what the team or individuals have accomplished – it is a signal to you as a team member about the value to you bring to the table. Poor leaders make sure they get the credit, but never the blame.

3. Poor leaders beget poor leaders: It may not come as a surprise, but poor leaders usually hire poor leaders. Regardless of who is doing the hiring, all the things that make up great leaders, will be the exact things that turn off a poor leader – and one of the hallmarks of poor leadership is not allowing someone else to be in the spotlight.

4. Decisions … poor leaders can’t make them: A ripple effect of the list of poor leadership traits in most, if not all, poor leaders is their inability to make a definitive decision by themselves. They are caught in the cross-hairs of their own personality – on that razor’s edge of Success and Failure – when this one decision can make or break their standing within the organization. It’s a tough place to be, but this one thing is a tell-tale sign of bad leadership.

5. All Talk, No Action: On the heels of #4 above, is another easy sign of who is the real leader and who isn’t. There is a saying “You can talk the talk, but can you walk the walk?” – roughly that translates to … you sound very good when you talk, you know all the words, the catchy phrases, the industry jargon, but can you really put it together and make things happen? Poor leaders may be great talkers – either one-on-one, in team meetings, or standing at a podium – but that does not equate to being able to actually lead anyone and get the right things done, at the right time.

It has been said Great Leaders are not made, they are born. That may or may not be true, maybe there is a genetic disposition to being a great leader – I’ll let those genetic engineers figure that one out. What I do know, you can spot the real leader in most groups – but being a leader and also being great are two different things. The following 5 themes seem to crop up in most discussions about great leaders and leadership.

1. Know the difference between Management and Leadership: Great leaders may or may not be great managers – which is why there are positions such as “Chief of Staff”, “Chief Operating Officers” and any number of similar roles. Great leaders are notoriously poor administrators. They hate the paperwork and established processes. They are doers, and those just get in the way of doing. That being said, they understand the importance of administration, process, coloring between the lines – so many will demand their teams follow those same things they dislike.

2. Want to work with great people, which translates to hiring great people: Great leaders are not afraid to hire talented people, even if those people could be great leaders themselves. I was looking for a quote to go along with this one. What I found out, is that those people who are successful and recognized leaders, will always talk about hiring great and talented people. The flip side of that coin is they also don’t want to work for poor leaders themselves. They have an innate ability to recognize poor leadership and understand how it will affect them (and their teams).

3. Provide vision, then get out of the way: One of the key attributes of a great leaders is their ability to either create or translate a vision into “what it means” to the people who will actually do the heavy lifting. They are there to facilitate and motivate their teams, that starts with having a vision – without it, a leader will be just another corporate-drone, repeating what they are told. How the work gets done is not as important as getting it done. Everyone has goals and timelines – great leadership help to position those as motivators, rather than detractors. Making a push for year-end numbers is a fact of life in business, but having the sales leader “whip” his sales people to perform doesn’t need to be part of it.

4. They’re just good people: This may seem obvious, but it’s not. Think about all those “bad” bosses you’ve had in the past – what names would attribute to them. Now, think of all those wonderful bosses (or other people that lead something which you were involved) and what names would attributed to them. We are all human, but a really great leaders is a “people person” they care about you, they care about what they are doing and how they spend their time, they care about hitting the numbers or goals set in front of them – in general they care. And that caring nature is one of the things that pushes them into the great category.

5. Lead from the front: This is my catch-all theme. But if your leaders isn’t willing to get their hands dirty, roll-up their sleeves and just help “get it done”, they won’t be around when things go wrong. You can tell a great leaders by two things (1) the quality of the people that follow them and (2) the number of leaders they “create”. Trust, Faith, Belief are all words that a great leader will inspire – and in most cases, that means when times are bad, they help, they assume responsibility, and provide the necessarily guidance to move through it. Great leaders may have failures, and when you talk to them, some of their most animated stories will be about those failures – but they are not defined by the failure, rather they are defined by what happened next. You can always tell great leaders, they stand tall and proud, up front and center.

Sometimes all you have is a gut feeling about one person versus another. Whether you are hiring them, or they are hiring you – eventually, you will know what kind of leaders they are. No one can hide their true selves forever. There are times when you just know, because they have that “It” factor, you just want to be around them. If you find someone like that, count your blessings. It’s much more rare than we would like to believe.