Warning: Illegal offset type in isset or empty in /home/customer/www/amckinnis.com/public_html/wp-content/mu-plugins/cloudpress_applications/CloudPressApplications.php on line 744
 Arnie McKinnis | What is a Critical Assumption?

What is a Critical Assumption?

Written by amckinnis in category  Ideas 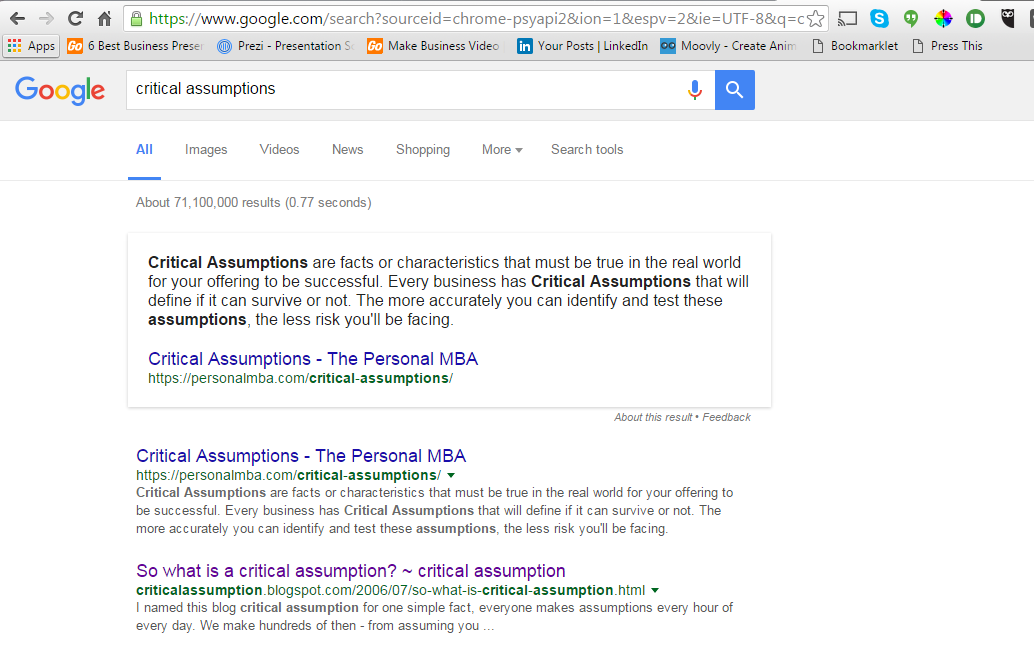 I published the following on my initial blog, called Critical Assumptions.  It was on Blogger and until recently, if you typed in the URL, you could see all 388 articles dating back to 2006.  This one, published about 10 years ago, still is in the top 5 Google results when you type the keyword phrase “critical assumption”.  I’m putting it here, because it still have value – and much of it is timeless.  Enjoy!  AM

I named this blog critical assumption for one simple fact, everyone makes assumptions every hour of every day. We make hundreds of then – from assuming you will wake up in the morning to the car will start to that Starbuck’s coffee will taste good to my paycheck will clear to {you get the picture}.

Most of these assumptions (and the decisions, actions, reactions, etc.) are really innocent and based upon our life long experience with things. But (and this is a big but), some of these assumptions are critical — in other words, if you’re wrong it can have life changing consequences.

Example — I take a new job that pays a significant amount more than I made previously. I go out and purchase a new house and a new car based upon my new found wealth. I make the critical assumption that this new job will make those payment for a long time. Not really a bad assumption — but it is critical because what if you get laid off or have a medical emergence that disrupts the “cash flow”. It could happen, but what is the “possibility” it will happen? I don’t know, the point is, making those purchases based upon a new situation is a critical assumption, and in most cases, we are betting that we will be right.

Now I applaud anyone that goes into business for themselves – it is one of the scariest and exhilarating experiences you have in your life. But when you step off the cliff, you are making a critical assumption about the outcome. No one goes starts a business expecting it to fail, but many do. In fact, there is a statistic that says almost 80% of all new business fail, but the flip side of that coin is that most people quit after failing in their fist business.

Your chances of success start going up with each successive failure. Most really successful (from a monetary standpoint) entrepreneurs have failed at least once (and many two or three times) before getting their “overnight” success going. This is not a value judgment about YOUR assumptions – I’m just saying that some of them are critical and need some additional thought prior to implanting them into your life.